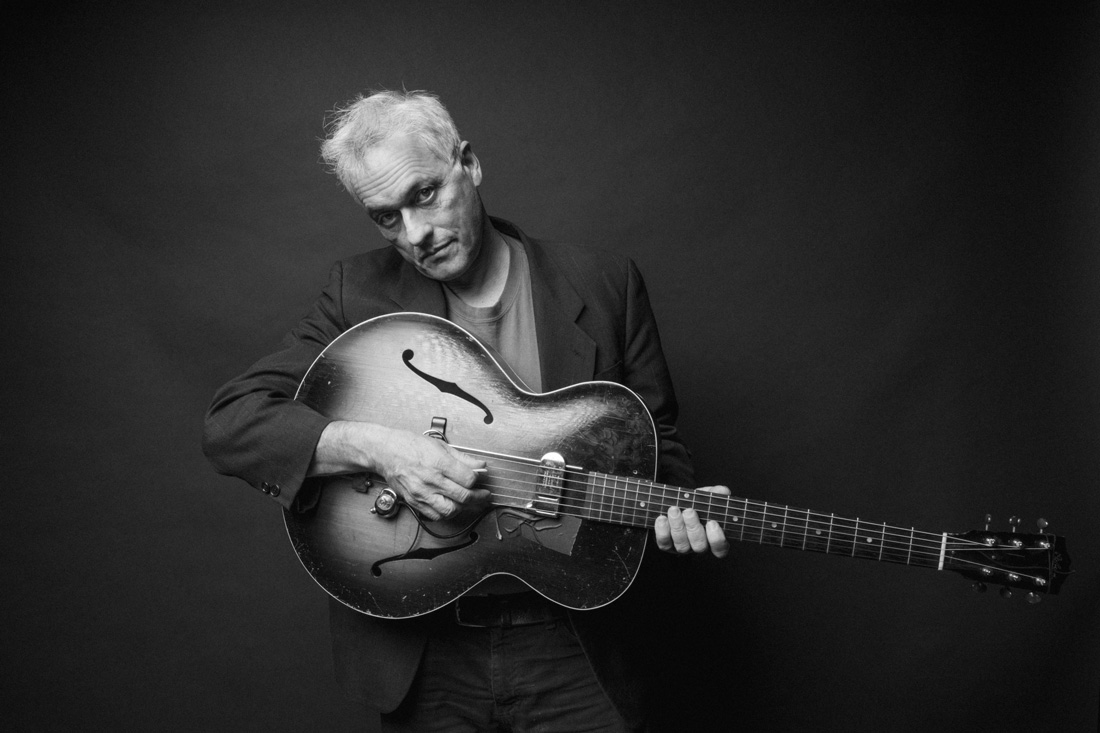 Marc Ribot (pronounced REE-bow) was born in Newark, New Jersey in 1954. As a teen, he played guitar in various garage bands while studying with his mentor, Haitian classical guitarist and composer Frantz Casseus. After moving to New York City in 1978, Ribot was a member of the soul/punk Realtones, and from 1984 – 1989, of John Lurie’s Lounge Lizards. Between 1979 and 1985, Ribot also worked as a side musician with Brother Jack McDuff, Wilson Pickett, Carla Thomas, Rufus Thomas, Chuck Berry, and many others.

Marc has released over 25 albums under his own name over a 40-year career, exploring everything from the pioneering jazz of  Albert  Ayler with  his group “Spiritual Unity” (Pi Recordings), to the Cuban son of Arsenio Rodríguez with two critically acclaimed releases on Atlantic Records under “Marc Ribot Y Los Cubanos Postizos”. His avant power trio/post-rock band, Marc Ribot’s Ceramic Dog (Pi Recordings), continues the lineage of his earlier experimental no-wave/punk/noise groups Rootless Cosmopolitans (Island Antilles) and Shrek (Tzadik). Marc’s solo recordings include “Marc Ribot Plays The Complete Works of Frantz Casseus” , “John Zorn’s The Book of Heads” (Tzadik), “Don’t Blame Me” (DIW), “Saints” (Atlantic), “Exercises in Futility” (Tzadik), and his latest “Silent Movies” released in 2010 on Pi Recordings was described as a “down-in-mouth-near masterpiece” by the Village Voice and has landed on several Best of 2010 lists including the LA Times and critical praise across the board. 2014 marked monumental release: “Marc Ribot Trio Live at the Village Vanguard” (Pi Recordings), documenting Marc’s first headline and the return of Henry Grimes at the historical venue in 2012, was included on various Best of 2014 lists such as Downbeat Magazine and NPR’s 50 Favorites.

Marc has performed on scores such as “The Kids Are All Right”, “Where the Wild Things Are”, “Walk The Line”, “Everything is I lluminated”, and “The Departed” (Scorcese).” Marc has also composed original scores including the French film “Gare du Nord” (Simon), the PBS documentary “Revolucion: Cinco Miradas”, the film “Drunkboat”, starring John Malkovich and John Goodman, documentary films “Joe Schmoe”, “Under the Highline”, upcoming Discovery Channel’s limited series “Queen of Meth”, a feature film by director Joe Brewster titled “The Killing Zone”, and dance pieces “In as Much as Life is Borrowed”, by Belgian choreographer, Wim Vandekeybus, and Yoshiko Chuma’s “Altogether Different”. Marc also occasionally performs his live solo guitar score to Charlie Chaplin’s “The Kid”, which was commissioned by the NY Guitar Festival and premiered Jan 2010 at Merkin Hall, as well as live film scores to Jennifer Reeves experimental shorts.

Marc’s talents have also been showcased with a full symphony orchestra. Composer Stewart Wallace wrote a guitar concerto with orchestra specifically for Marc. The piece was premiered by the National Symphony Orchestra in Washington DC in July of 2004 and also appeared at The Cabrillo Festival in Santa Cruz, CA in August of 2005.

2021 is filed with a flurry of activity and releases including Ceramic Dog’s “HOPE”, recorded during the pandemic, plus two reissues on vinyl for the first time: 1993’s long out-of-print “Marc Ribot Plays Solo Guitar Works of Frantz Casseus” & “Silent Movies” (2010). Additionally, Marc’s first collection of writings, “Unstrung: Rants & Stories of a Noise Guitarist”, will be published by Akashic Books this August with an audiobook also in the works, and Marc’s original score for limited series documentary, “Queen of Meth”, will premiere on the Discovery Channel. 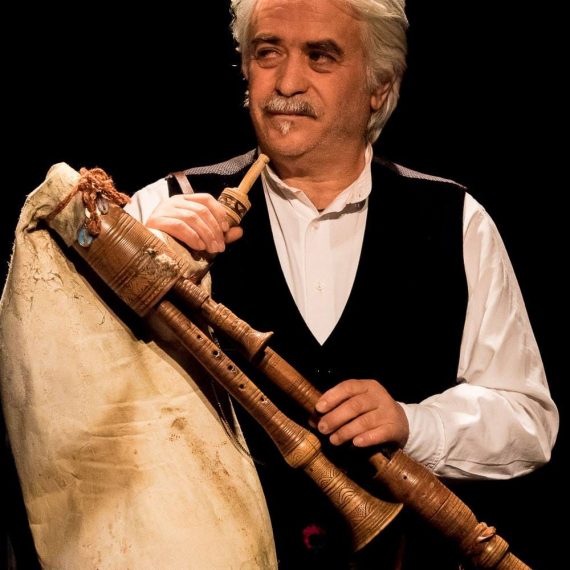 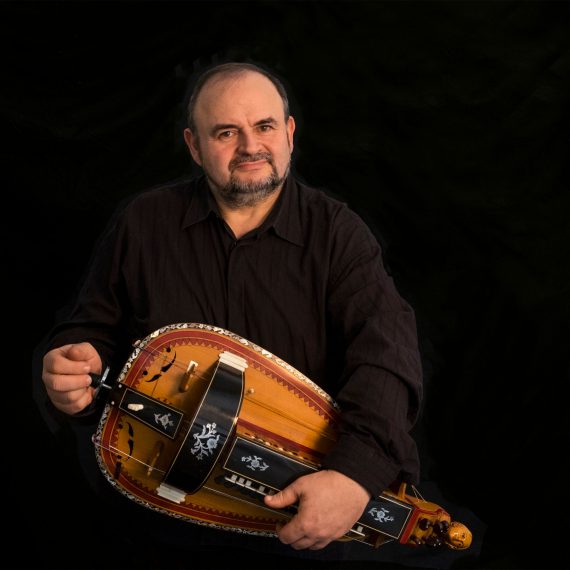 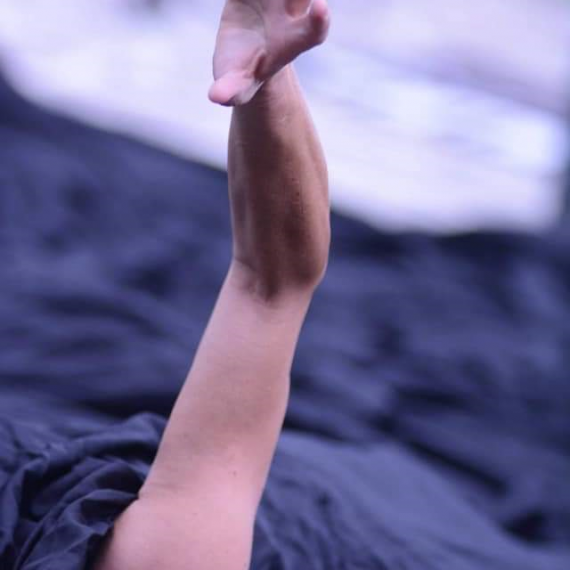 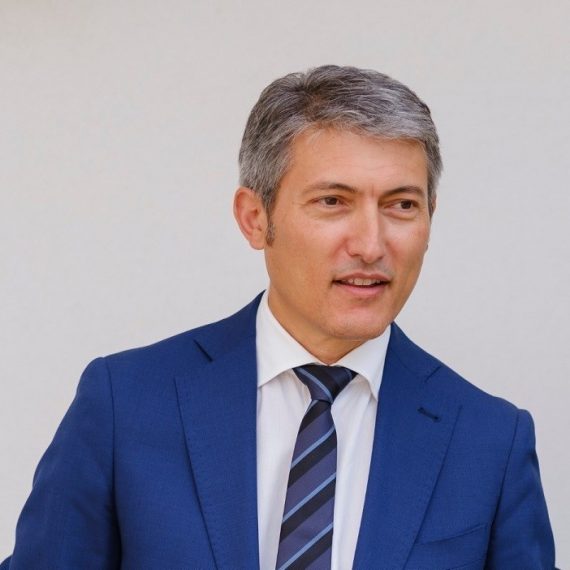